A fifth of American dialysis patients are still hesitant about vaccines, up to 30% of minority patients

A fifth of American dialysis patients are still hesitant about vaccines, up to 30% of minority patients

Approximately 20 percent of dialysis patients are reluctant to get the COVID-19 vaccine, with those with Black, Native American, and Pacific islanders being the most reluctant.

Younger patients and female patients are also more likely to hesitate. The hesitation for any group is up to 30 percent of the population.

A nationwide survey conducted by a team from Stanford University in collaboration with US Renal Care, the third largest dialysis network in the United States, conducted the soon-to-be-released study. The researchers interviewed 1,515 patients, more than half of whom were either black or Hispanic.

The main reason the vaccine was hesitant in the survey was fear of possible side effects – expressed by about half of the participants.

Experts fear that patients who are already disproportionately hospitalized or die due to COVID-19 who are not receiving the vaccine could put themselves at risk. 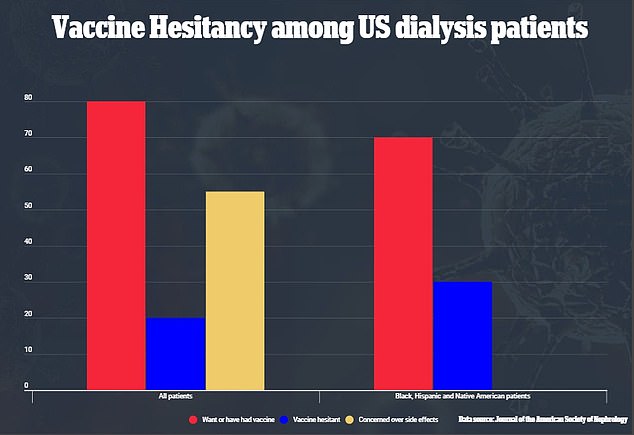 In the US, 20% of dialysis patients – in line with the overall US rate – are still hesitant to vaccinate (blue), although the risk of Covid is higher. The hesitation rate increases to 30 percent among blacks, Native Americans, and Pacific islanders (right). More than half of the patients said they were concerned about the side effects of the recordings (yellow). 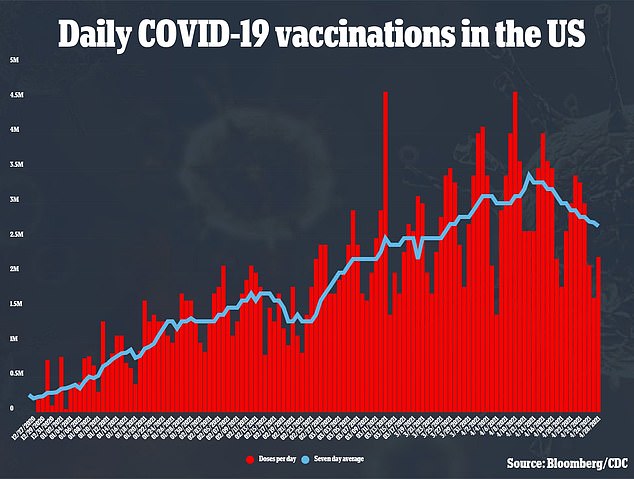 “Public outreach needs to target these groups,” said Dr. Shuchi Anand, a Stanford University researcher who led the study, on how to suppress vaccine reluctance among minorities, women and younger populations.

“Racial and ethnic minorities make up a significant proportion of dialysis people. Even younger age groups are less prone to serious illnesses, but they are in close contact with older people, as they go to shared facilities for dialysis several times a week. Therefore, the reach and high level of acceptance of vaccines is also of crucial importance for this age group. ‘

According to a March study by the Kaiser Family Foundation (KFF), 20 percent of Americans plan to either not get the vaccine at all or only when asked to.

The total has remained relatively constant since the vaccine first became available in December.

“To find that 80 percent of dialysis patients were ready to receive a COVID-19 vaccine is a fantastic sign that high vaccination rates may be attainable in our population,” said Dr. Anand. 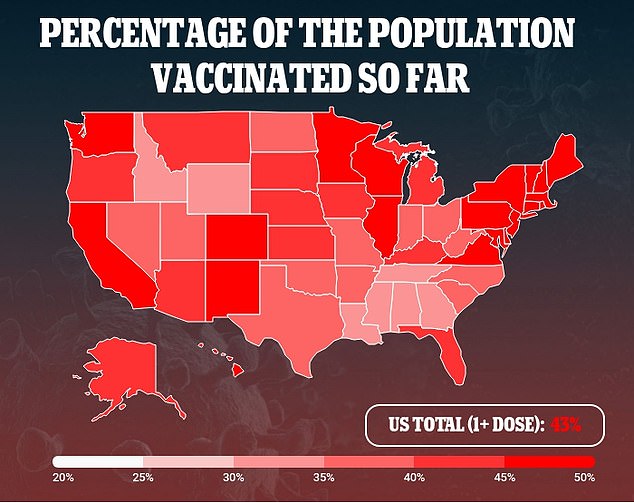 Hesitation about vaccinations has eased slightly over the past four months, but 20% of Americans still say they won’t get a COVID-19 vaccine unless necessary or not at all (green)

Dialysis is a treatment for kidney failure and chronic kidney disease (CKD) that uses a machine to remove toxins and other fluids from a patient’s body.

The Centers for Disease Control and Prevention lists CKD as a risk factor for serious illness with COVID-19.

The National Institute for Diabetes and Digestive and Kidney Diseases estimates 468,000 Americans are dialyzed for the treatment of CKD.

Almost 16 percent of American women have CKD compared with 13 percent of men.

KFF’s data shows that black Americans are more reluctant to vaccinate than their peers. Only 55 percent say they have received the vaccine or that they plan to have the vaccine soon. 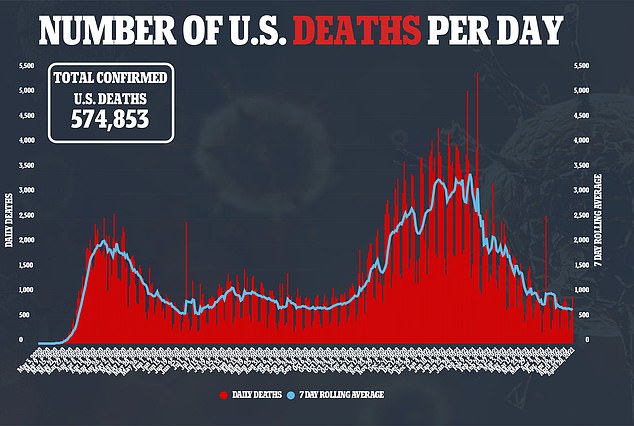 While that number has risen in recent months, it still lags behind White (64 percent) and Hispanic (61 percent) Americans.

The median age of a dialysis patient in the United States is 64 years.

Surveys by The Morning Consult have shown that women (22 percent) are more likely than men (17 percent) to not want the vaccine.

The full results of the survey will be available in the next issue of the Journal of American Society of Nephrology.