By Jennifer Newton for MailOnline

New research has shown that up to 24 percent of Britons say they have currently booked a vacation in an amber list country.

And even three-quarters (75 percent) of those planning to travel abroad in the next few months insist that despite the tests and the associated 10-day quarantine, they are happy to act against government advice and continue the vacation if their country does not arrive on time switches to the green list. 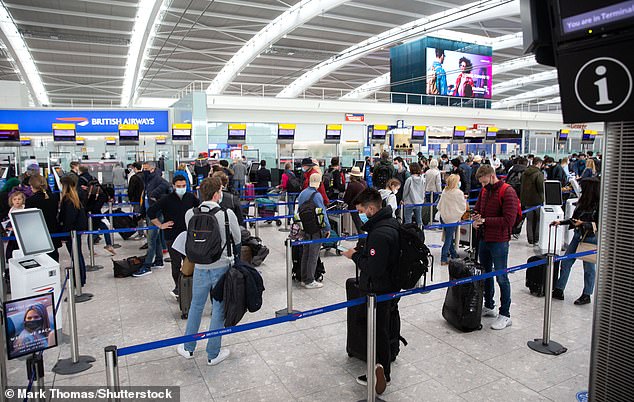 Up to 24 percent of the British state that they have currently booked a vacation in an amber list country. Passengers are pictured at Heathrow last month (file image)

However, nearly half (47 percent) of those who haven’t booked a vacation to an Amber List country said those who were willing to be irresponsible.

Forty-two percent said people vacationing in a country on the amber list are selfish, while another 24 percent said it is up to individuals to make their own decisions.

And it seems that 30- and 40-year-olds are the most likely to leave anyway, according to Prospectus Global. 82 percent of 30 to 45 year olds said they would definitely go to an amber list country.

Among the 16-29 year olds, 67 percent said they would like to exercise caution, and those over 50 who booked a vacation to an Amber List country were the most cautious, with less than half (44 percent) planned to go away anyway.

Evie Porter, Project Leader at Perspectus Global, who interviewed 2,000 British people for the study, said: “There is a real polarization between those who think it’s perfectly okay to go on vacation to an amber list country and those who do who feel this very strongly is irresponsible. 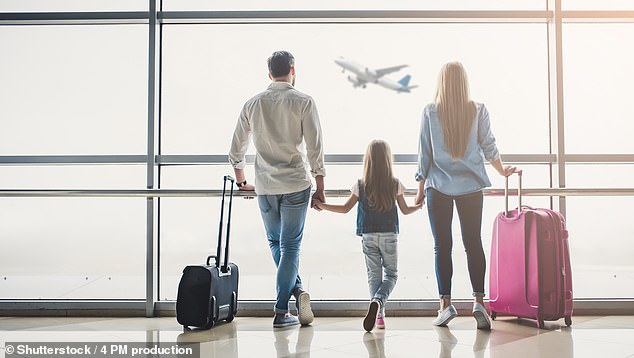 42 percent said people vacationing in a country on the Amber List are selfish, while another 24 percent said it is up to them to make their own decisions (file image)

“This is a controversial topic at the moment and it doesn’t seem that many people are on the fence about whether we should or can go on vacation this year.”

The UK government’s traffic light system for international travel has come under fire from the travel industry.

She said: “Consumers, airlines and the entire travel sector have been promised a three week watchlist of all changes from green to yellow, not just four days.

“It has been incredibly disruptive and costly for both travel and tourism companies and consumers. It just didn’t work.

“What is needed now is a watertight government policy that will allow those who have been completely stabbed to travel freely and not self-isolate when they return.”

Meanwhile, Ryanair boss Michael O’Leary called the plan a mess and accused ministers of “making this stuff up over time” after the decision to put Portugal on the “Amber List” earlier this week had caused a travel chaos.

His comments came after Housing Secretary Robert Jenrick admitted that even traveling to “green list” countries has a “level of risk” as it could be quickly downgraded.

Mr Jenrick said this was not a normal summer for vacation when he urged travelers to ensure that their bookings in “green” nations have “flexibility”.