MAIL ON SUNDAY COMMENT: Country has better worries than Boris and Carrie’s wallpaper

MAIL ON SUNDAY COMMENT: Country has better worries than Boris and Carrie’s wallpaper

The real gap in modern Britain is not between Tory and Labor. It is between the metropolitan elite and normal men and women. One side is snobbish, largely employed by the state, liberal in manners and views. The other side lives in the real world and relies on hard work and long hours to put food on the table and a roof over their children’s heads.

One side despises Brexit and is nostalgic for the gloomy bureaucracy of the European Union. The other is fed up with being remotely controlled by distant and isolated elites. It’s quietly patriotic and full of common sense. Brexit rightly sees an opportunity to bring the country closer to the ground and the government closer to the people.

One side gets their views and their perception of the world from the BBC and Twitter. The other derives his opinion from the experience.

They are as different from each other as a Derby pub is from the Groucho Club in Soho, and the gap between them has grown dramatically in recent years. 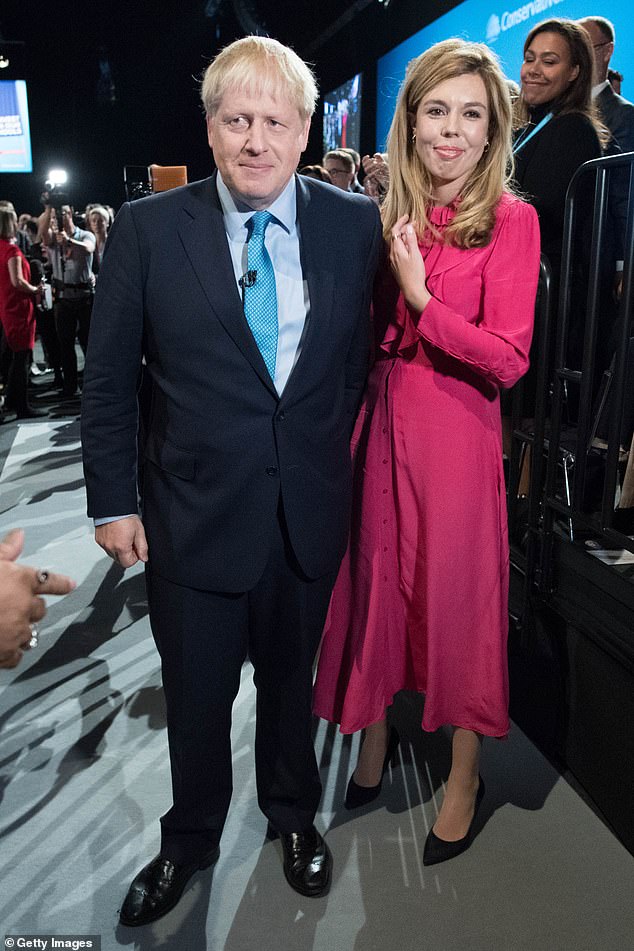 MAIL ON SUNDAY COMMENT: Almost everyone in this country has better worries than Boris and Carrie’s wallpaper

Old Labor, a party of the trade union movement and old-fashioned working class socialism, has little to do with the new, slick, hairy world of Sir Keir Starmer and his revived Blairism, and even less with the burned-out, bigoted Trotskyism of Jeremy Corbyn. However, this is the undesirable choice between equally unattractive menus that New Labor has offered its constituents in recent years.

The Brexit referendum released such voters from their old loyalties, and it looks like millions of them will never return.

The old landmarks have disappeared. The old loyalties are broken because the leaders of the left were not true to their base. The old slogans don’t work.

Voters will no longer obediently set out to vote on outdated class divisions that belong in a dead age of clogs, miners, and cotton mills. Britain just isn’t like that anymore, and those who believe it is, or pretending to be so, resemble the Japanese soldier Hiroo Onoda, lost in the Philippine jungle and who lived until 1974, 29 years after the Death, refused to surrender war was over.

That doesn’t mean there isn’t a new war, because it does exist. The country emerges from its long line of lockdowns. We begin again to take our joys as free people should. Education in schools and universities is also preparing for a proper restart. Our hospitals and nursing homes are cautiously feeling normal again. Trains and buses are filling up again, and the prospect of a vacation abroad finally seems real.

Life as we used to know it starts all over again and the economy needs to be revitalized to pay for what we have done and what we have to do. The Union must be held together. Almost everyone in this country has better worries than the Prime Minister’s wallpaper. 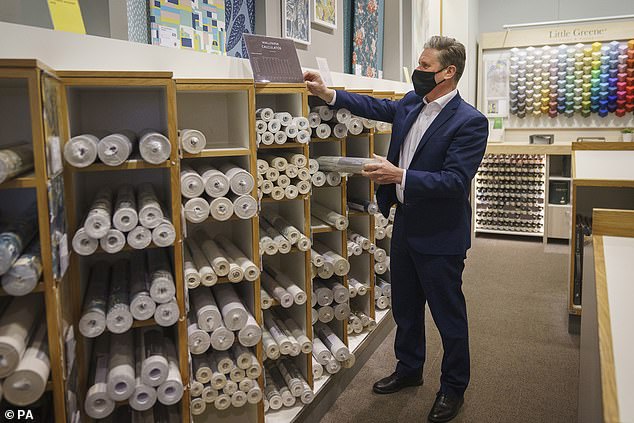 It is very strange indeed that the spokesmen for the new metropolitan elite, who detest Dominic Cummings for his credible role in bringing about Brexit, are ready to share the same side of Dominic in his goofy revenge against Boris Johnson, his former boss To represent Cummings.

The people who mocked him for his wild lockdown drive to Barnard Castle are now delighted with the Wallpapergate non-event and the portrayal of the Prime Minister’s fiancée as Carrie Antoinette, a careless plutocrat who mocks the poor with the wealth of her upholstered furniture.

How stupid it all is. The prime ministers work around the clock and never know when officials will invade them with urgent demands for decisions. Life above the store is a burden, not a convenience. There is no real line between work and life. It really is not inappropriate for heads of government to make their private space as comfortable as possible, and all civilized nations recognize this. Seldom has there been so much fuss about a non-issue.

Sir Keir fell well below the dignity of high office of opposition leader and made a leaden attempt at humor by embarking on a well-publicized expedition to the wallpaper division of John Lewis.

We could ask, “Doesn’t he have anything better to do or something else to say?” But the answer might be that he hasn’t.

He has so far failed to come up with a convincing idea of ​​an alternative government and clearly longs deep down for a return to the EU that is politically impossible. He demonstrated this with his absurd defense of the EU medical bureaucracy which would have prevented the UK vaccine from being successful if we had been under his thumb.

He’s also gotten into the other empty controversy – about what the prime minister said or didn’t say about a new lockdown in a private meeting with close aides.

The Sunday Mail was aware of these allegations a week ago and responsibly reported them as an allegation traded by enemies of Mr. Johnson rather than a fact.

We should not forget that the Prime Minister flatly, personally and publicly opposed them in the file (in contrast to the anonymous whispers from the shadows used to spread such allegations).

Mister Starmer aspiring to high office should make more sense than paddling in those murky waters. He knows full well that unbridled, uninhibited debate is essential to reaching wise political conclusions. Despite his well-groomed and undisturbed appearance, he must also have lost his temper in private and said things that he would not want to repeat in public. Who isn’t this for?

By pursuing this issue and hiding it in Parliament, he is setting himself a trap. What if his own helpers start to lose his secret thoughts about – shall we say – his colleagues in the shadow cabinet?

Professional life simply could not survive if confidential private conversations could not be conducted with the hope of secrecy.

This is even more true of the government when it comes to matters of national importance. Anyway, does it think it a good idea to have a prime minister who likes lockdowns? Boris’ apparent dislike of the whole idea is a great confirmation that he will only use such methods when they are really needed.

Boris Johnson has shown during his tenure that he has mastered the levers of power. He turned the Tory Party from a fragile mob into a unified government.

With personal strength, he freed the country from the sequence of Groundhog Days, which was Theresa May’s Prime Ministerial. He made Brexit. He turned to the decent Labor voters whose party they left. And now he’s got us safely through the pandemic.

He deserves and should have the continued support of the British people.