McLaren shareholder Mansour Ojjeh has died at the age of 68, the British team said.

Ojjeh, who worked with Ron Dennis in 1984 after buying McLaren, was a key figure in the constructor’s subsequent success in Formula 1.

In a statement ahead of the Azerbaijan Grand Prix on Sunday, McLaren said: “It is with deep sadness that McLaren Racing announces the death of Mansour Ojjeh, who has been a McLaren partner since 1984. 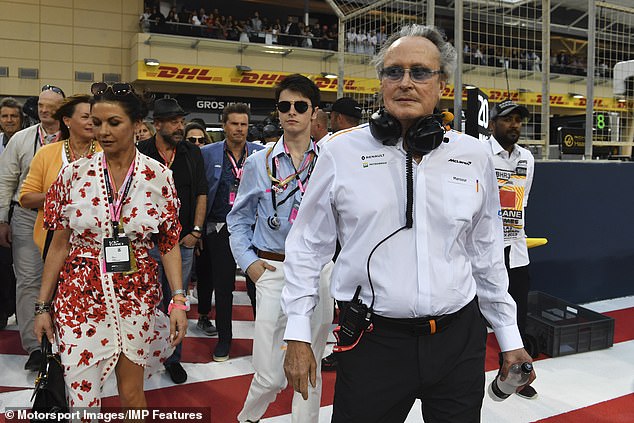 McLaren shareholder Mansour Ojjeh has died at the age of 68, the British team announced today

“Mr Ojjeh died peacefully this morning at the age of 68 in Geneva with his family.

“Everyone at McLaren Racing mourns his loss along with his family, to whom the team extends its condolences.”