Migrants entering Sweden must speak Swedish to become citizens under the new laws the country is expected to introduce this summer.

The Swedish center-left government has now tabled a bill after drafting proposals in January this year.

Under the new laws, anyone seeking permanent residence in the Scandinavian country must prove that they can speak the language and support themselves while living in the country.

“We believe a basic knowledge of Swedish and society is a reasonable requirement,” the country’s Justice Minister Morgan Johansson said, according to The Daily Telegraph. 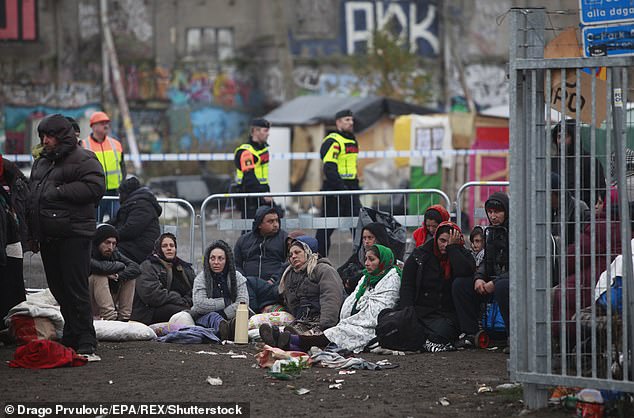 Migrants entering Sweden must speak Swedish to become citizens under new laws the country is expected to introduce this summer. Pictured: Swedish police evict migrants from an illegal camp in Malmo, Sweden, November 3, 2015

Sweden opened its doors to thousands of migrants pouring into Europe in 2015, but has since been rocked by an increase in gang violence, bombings, shootings and sexual assault that have sparked riot.

Johansson said the new policy is stricter than legislation before the 2015 migrant crisis, which saw 160,000 people seeking asylum in the country – more per capita than any other country in Europe.

“This means that we will be in line with other EU countries, which means, among other things, that Sweden is no longer a magnet for asylum seekers as we were during the refugee crisis in 2015,” he said, according to the newspaper.

The bill was proposed by the ruling Swedish minority coalition. This is made up of the leading center-left Democrats allying themselves with the Greens.

The law will make permanent some of the restrictive measures introduced in the temporary emergency legislation – introduced at the height of the crisis.

One of the most controversial measures is that successful asylum seekers are not granted permanent residence by default and instead have to wait three ears to complete a list of requirements before applying for citizenship. 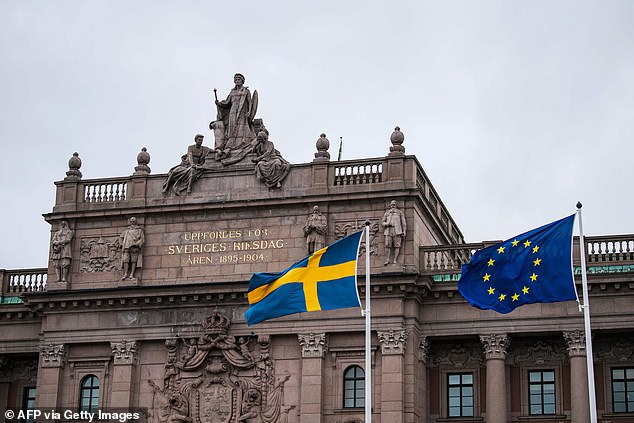 Migrants must prove their Swedish language skills and understanding of the country’s culture in order to become citizens. Pictured: The Swedish and EU flags fly in front of the Swedish Parliament on April 16, 2020 in Stockholm 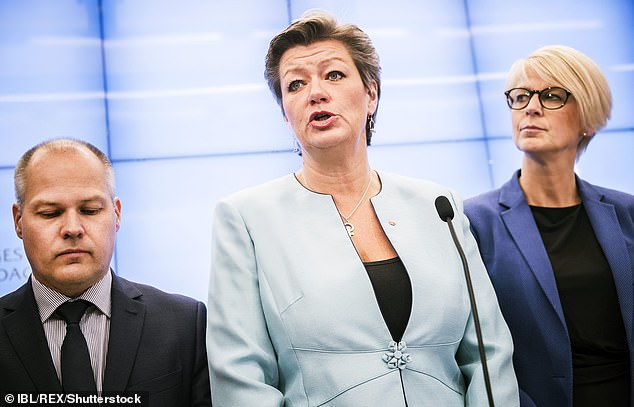 Morgan Johansson (left), Sweden’s Justice and Migration Minister, is behind the proposal that migrants need to learn Swedish language skills in order to gain permanent residence

Talks over the new legislation have sparked disagreements within the minority coalition, with the liberal minority party threatening in February to pull out of the bipartisan agreement backing the ruling coalition.

Their threat to leave the country was based on a grace clause added to appease the immigration clause on immigration. This would mean that permanent residence can be considered in certain circumstances.

These include “particularly stressful circumstances” for children and adults who are temporarily resident and who have developed a “special bond” to the country, even if they do not otherwise meet the criteria.

After the bill was released, the moderate center-right party complained that the pardon clause was “an effective amnesty” for Afghan child asylum seekers who came to Sweden in 2015.

On this basis, the right-wing populist Sweden Democrats said they would campaign for the new law to be “torn apart”.

The language tests, which require applicants to demonstrate their proficiency in speaking, listening, reading and writing, cost 2,000 kroner (£ 175), while the civilian component costs 500 kroner (£ 45). 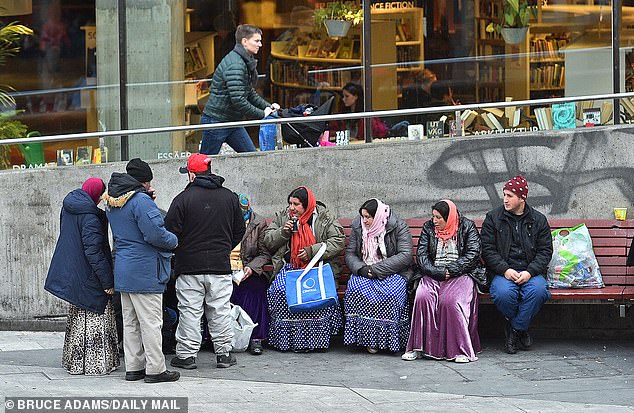 Pictured: Roma immigrants gather in the Sergels Torg public square near Stockholm Central Station. Sweden opened its doors to thousands of migrants pouring into Europe in 2015, but has since been rocked by an increase in gang violence, bombings, shootings and sexual assault that have sparked riot. There has also been an increase in right-wing extremist attacks

Applicants can also prove citizenship by passing 9th grade in a Swedish high school, which is the same as 11th grade in the UK.

Stateless, disabled and illiterate people must show that they have tried to reach the required level even if they are unsuccessful.

Other Nordic citizens don’t have to take the test as they don’t need to apply for citizenship, The Local reported earlier this year.

The law is expected to be submitted to parliament and take effect before the summer.

Sweden opened its doors to thousands of migrants pouring into Europe in 2015, but has since been rocked by an increase in gang violence, bombings, shootings and sexual assault that have sparked riot.

As a result, the country has seen growing support for far-right anti-migrant parties, which the Social Democratic Party seeks to contain itself through a shift to the right.

The country recorded 257 bombings and more than 300 shootings in 2019. There has also been a surge in right-wing attacks and the resurgence of the former white nationalist group Sweden Democrats, which is now the third largest party in government. 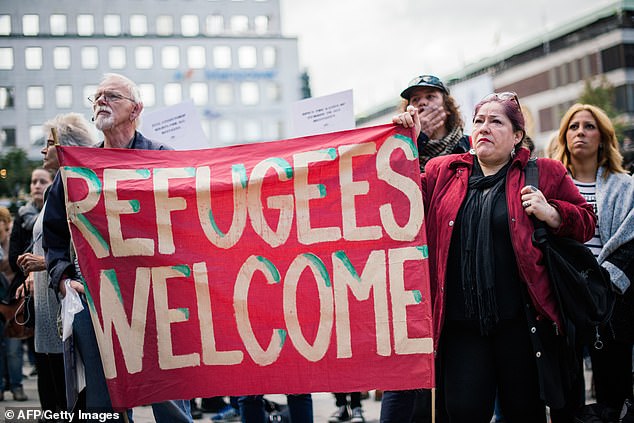 Sweden’s approach to immigration has divided opinion in the country, resulting in a rise in rights and the resurgence of the former white nationalist group Sweden Democrats, now the third largest party in government

In a recently controversial case, a Swedish judge refused to deport two Eritrean nationals convicted of aggravated rape because the couple were military deserters who would be punished on their return.

The men, aged 30 and 32, were tried in a Stockholm court for raping the woman for hours in an apartment in the city while threatening her with a knife.

The couple have lived in Sweden for several years and have been granted refugee status by the government.

Upon their return, the United Nations warned the deserters against arbitrary detention, extrajudicial punishment, and compulsory military service equivalent to forced labor.

Erik Nord, Gothenburg’s police chief, told MailOnline in January: “These criminal clans have a completely different culture which makes it very difficult to approach them with normal police methods.

“We need more police and our courts and prisons need to be strengthened to deal urgently with this situation. Otherwise we will become a gangster paradise.