Now you can stay at The Wave, a £ 25million man-made lake in Bristol that has become the UK’s surfing mecca

Now you can stay at The Wave, a £ 25million man-made lake in Bristol that has become the UK’s surfing mecca

The traditional destinations for a “surf safari” range from Hawaii to the coast of Peru. I certainly don’t remember the Beach Boys ever singing about the northwest suburbs of Bristol.

Yet here we are, a mile or two from the M5, M4, and M49 motorways, watching swarms of men and women in wetsuits carving our way through a seemingly endless succession of perfect turquoise waves.

A few hundred meters away is a luxury tent in which our “quiver” on surfboards is ready for use. If everything goes according to plan, we will watch the sunset on the pretty wooden veranda of the tent. 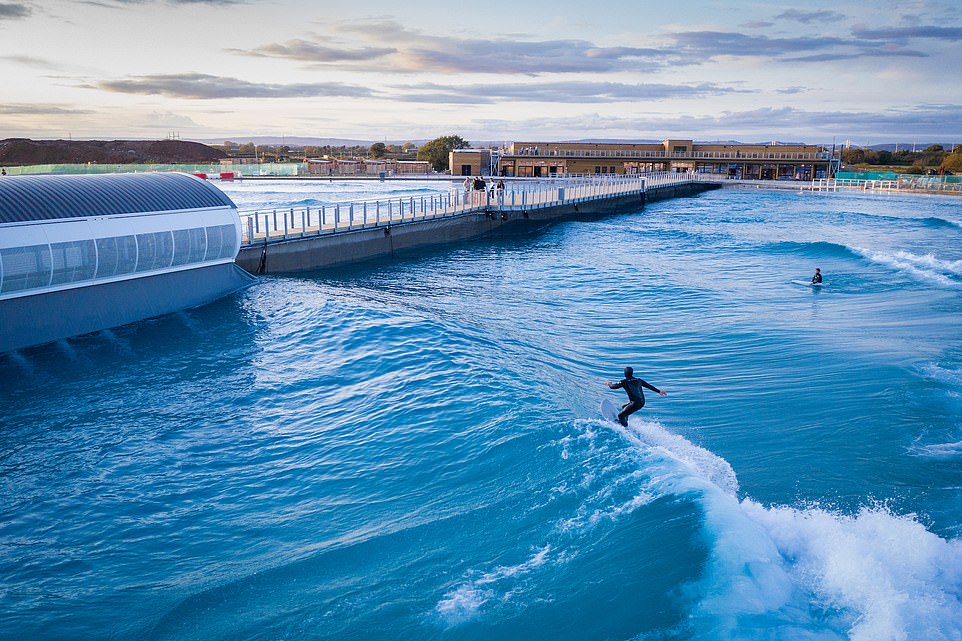 Catching waves: Surfers at The Wave – a huge pool in Bristol in the shape of a pizza slice in which a reverberant machine can hit mobile waves

I imagine sipping a fortifying beer and telling my totally exhausted wife and kids about the thrills, splashes, and erasures of our respective teatime surf sessions.

This may seem an odd scenario considering the mud-brown Severn Estuary is the closest to a local beach. But recently this previously unsightly corner of the West Country has become England’s surfing mecca.

The man in charge is Nick Hounsfield. In 2010 he was still a middle-aged osteopath. Then he happened upon an internet video showing how engineers in the Spanish Basque Country built a working man-made surf lake. 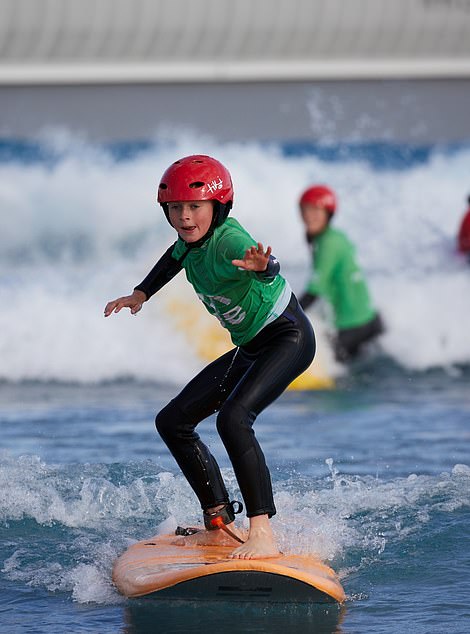 Inspired by his late father telling Nick on his deathbed to do something “big and bold,” he decided to create a version on inferior farmland near Avonmouth.

Nine years and the big end of 25 million pounds later, he opened The Wave, a huge pool in the shape of a pizza slice in which a reverberating machine can generate a thousand perfectly drivable waves every hour, from morning to evening, seven days a week.

Nick is busy turning The Wave into a full-fledged vacation destination. Now visitors can stay in a posh “glamping” facility near the lake to hear the endless cheers and shouts.

It’s called The Camp at The Wave, and my wife Katie and our three Sprogs – William, ten, Megan, eight, and Henry, five – are helping me test the place on the opening weekend.

Our home for the night is less Hi-de-Hi !, more Out Of Africa: one of 25 mega tents with three bedrooms, a living area with a fully functional kitchen and wood stove as well as WiFi, iPhone charging sockets and a slightly terrifying environmentally friendly toilet that burns its contents at the touch of a button.

The tents can accommodate eight people in no time (the sofa in the living room is converted into a bed) and are accessible via a network of wooden paths that are lit by hundreds of fairy lights after dark. Everything is solar powered and extremely sustainable.

There is real hustle and bustle over by the lake, with crowded bars and a busy daily rhythm of courses (for beginners) and sessions for all other surfers. The machines have a variety of settings that can create waves between 50 cm and 2 m high. 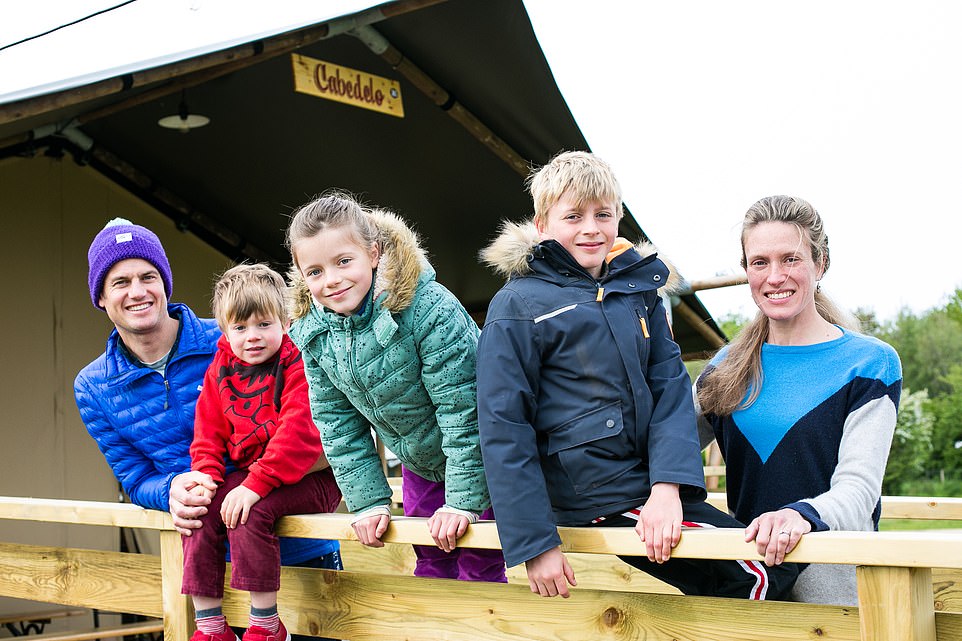 Daily Mail’s Guy Adams with children Henry, Megan, William and wife Katie. They stayed in a posh “glamping” facility close enough to the lake to hear the endless cheers and roars

One-hour sessions cost from £ 40 for children and from £ 50 for adults in high season, including wetsuits, boards and all other equipment. They often fill up weeks in advance, but the camp residents get priority bookings.

Katie takes William and Megan for an introductory lesson with Emily, a lively Welsh surfing champion whose infectious enthusiasm makes her grin like cheshire cats.

After half an hour of dry land exercise, they wade into waist-high water, where – magic! – they all manage to “catch”, “surf” and actually surf a series of knee high waves.

Thanks to a vaguely wasted youth, I’m a reasonable (if not fitter) amateur surfer, so I booked an intermediate session. I can ride more waves in one exhilarating hour than I would expect on a weekend trip to Cornwall.

Nick’s vision is for The Wave to be something of an all-round wellness retreat where visitors book a few surf sessions a day and spend the rest of their time doing yoga classes or visiting huge adventure playgrounds and skate parks, which is what he’s into hoping to build in the next few months.

For younger children – you must be six years old and be able to swim a good 25 meters to surf – there are “Play in the Bay” sessions where beach toys are displayed.

I would like to stay by the water for days. But those who get itchy feet can head to the Aerospace Bristol Museum to see the last Concorde or the Bristol Zoo.

After a red afternoon, we dive out of the water at the excellent beachfront restaurant with arms that feel like spaghetti and stomachs that urgently need to be replenished. Before we retreat to our mega-tent, I allow the children to order a round of huge ice cream sundaes. We probably deserved it.