Small business confidence has risen to its highest level since 2014

Small business confidence has risen to its highest level since 2014

With non-essential retail stores, pubs, beauty salons, and more reopening their doors in more than four months, small businesses are seeing their outlook more brightly than ever.

According to the latest study by the Federation of Small Businesses, two-thirds of respondents expect their performance to improve between April and June, while the UK SBI confidence measure rose to +27.3 for this quarter. 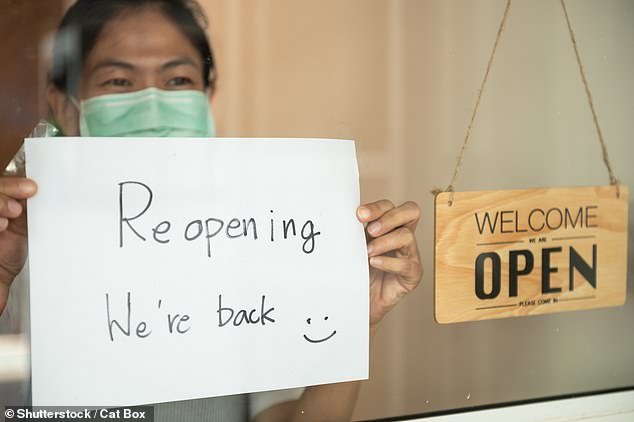 The new number is a dramatic increase from when it was -49.3 between October and December, and is largely due to greater clarity about the future of the economy and plans to return to “normal”.

Of the 1,700 business owners surveyed, more than half (51 percent) expect their earnings to grow in the next three months. This is the highest percentage since summer 2015.

Fewer than one in four (24 percent) expect sales to decline, but that’s still a significant change in attitude, as the same figure was 84 percent at that point last year.

Meanwhile, 53 percent of those surveyed aim to expand their companies in the next 12 months, be it through more employees, product or service offerings or by expanding their reach.

The ‘Glorious Twelfth’: What Can You Do From April 12th? (And what do we have to wait for?)

Until May 17th at the earliest: Gatherings of up to 30 people outdoors, with usually six and two households indoors; Pubs and restaurants will reopen indoors. and controlled indoor events with up to 1,000 people or 50 percent of the capacity of a venue, whichever is lower, are permitted

Up to 30 people are allowed to attend weddings, receptions, funerals, and memorial services, including guards. Indoor gatherings such as exercise classes are approved

Until June 21 at the earliest: All legal restrictions on social contacts will be lifted and nightclubs will reopen.

This is also the highest proportion since the third quarter of 2019, while it has increased by 22 percentage points compared to the same period last year

As the job retention program gradually fades over the coming months, one in seven (14 percent) small businesses with employees says it is likely that part or all of the team will be laid off this quarter.

Mike Cherry, National Chair of the Federation of Small Businesses, said: “It’s fantastic that our shops, hairdressers and gyms across England can again do what they do best starting Monday this week, with some restrictions in other parts from England slacken also in Great Britain.

“The reassurance that the government roadmap gives the government instills with renewed confidence in many small business owners. We live in the hope that the virus will remain on the wane so that the remaining indicative dates for unlocking can be respected so that our major night economy, office, travel and tourism companies can also fall back on it.

“It is worrying to see that such a significant proportion of employers fear layoffs in the coming months.

“Initiatives such as Kickstart and incentives for hiring trainees and trainees must be implemented efficiently in the coming months in order to protect themselves from a shock on the job market and to support the young people who have borne the brunt of rising unemployment disproportionately.”

He added: “With emergency loan repayments now starting to take hold, the government should consider carefully how to get economic value from the facilities it has underwritten. A student loan repayment approach and greater acceptance of employee participation trusts could both mark constructive paths forward.

‘Lockdowns have exacerbated our crisis of £ 23 billion in late payments. With confidence returning, now is the time to press ahead with reforms that will help audit boards get full visibility into payment practices.

‘As the economy changes, support policies need to evolve – especially when it comes to supporting startups. The Help to Grow initiative should be urgently reformed to both expand the scope of support and make it accessible to all small business owners at the outset, not just those who already have employees. ‘

“We look forward to welcoming everyone again!”

Like many small businesses that are reopening their doors, Roberto Pintus, General Manager of the Varsity Hotel & Spa Cambridge, is delighted to open the roof terrace, which has been described as “the most romantic location in town”.

He said: “Our outdoor area will initially only operate table service, with our seats being adequately distributed and disinfection stations installed everywhere.

‘We will be reopening in accordance with government security directives and changing our operations to keep everyone safe while ensuring that guests still have an enjoyable and memorable time. 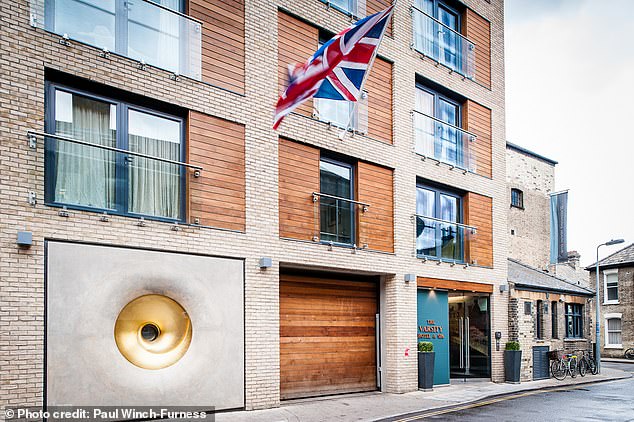 The Varsity Hotel in Cambridge is home to the popular rooftop terrace, which reopened yesterday

Starting this week, guests will also have access to the hotel’s spa treatments and gym. It is operated on a first come, first served basis, but Roberto said the response so far has been very positive and he has already received a number of requests to visit.

He added: “The lockdown has been tough and challenging for all of us, but we were delighted to have the support of the vacation program as we managed to keep all of our employees in place.

“We hope for increased government support in terms of financial support so that we can continue to maintain jobs in the hotel as well as jobs with our existing suppliers.”