The Big Easy does it: Why writer ROB CROSSAN dreams of New Orleans during the lockdown

The Big Easy does it: Why writer ROB CROSSAN dreams of New Orleans during the lockdown


The Big Easy does it: Why writer ROB CROSSAN dreams of New Orleans during the lockdown

By Rob Crossan for the Daily Mail

In the early morning on Bourbon Street, the city rubs its eyes and tiredly accepts a ten millionth collective hangover.

How many carnival costumes have hung, jumped and tripped through these ancient streets? How many visitors have been drawn to Louisiana over the decades by watching everyone from Elvis (in King Creole) to Roger Moore (in Live And Let Die) to Peter Fonda and Dennis Hopper (in Easy Rider) the wild , Strange and absolutely unique experiences? Big Easy atmosphere? 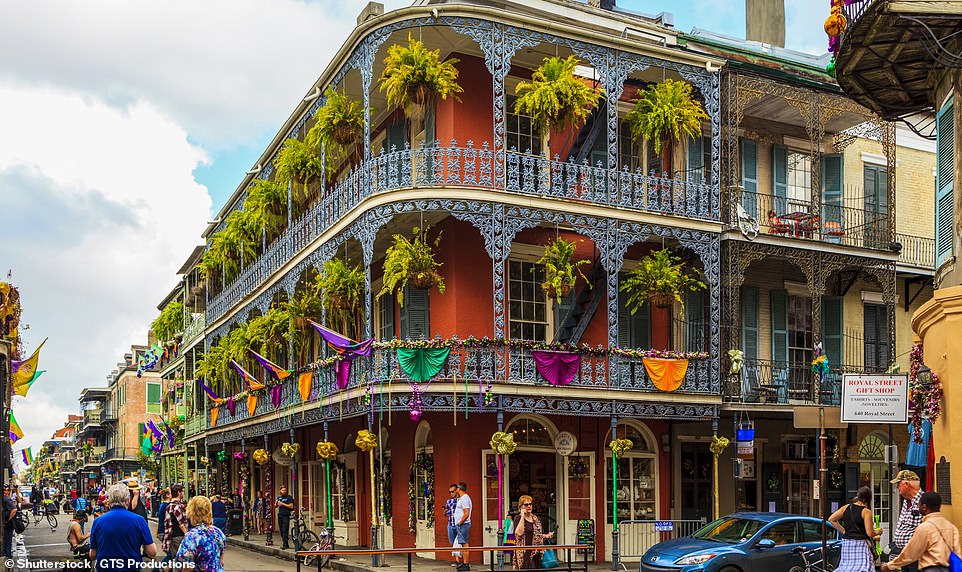 All the jazz: The colorful French Quarter in New Orleans. The city remains one of the few places in the US where you can legally go outside with an open beer 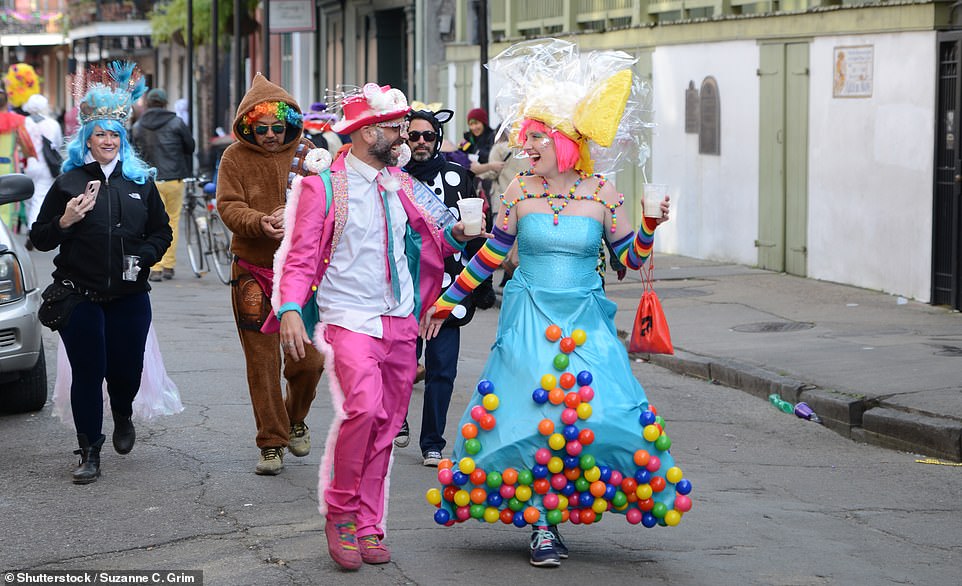 Rob says he has never been to a city that is “so dedicated to hedonism.” Pictured is a scene from the city’s Mardi Gras festival

The clapboard houses; the Byzantine road network; the baroque, overgrown cemeteries; the distant horn and crack of a brass band rehearsing in a nearby alley.

This isn’t a city that adheres to American WASPy values ​​of hard work and early starts. In fact, New Orleans remains one of the few cities in the US where you can legally walk down the street with an open beer in hand.

But it’s too early for a drink even for me. I rub my eyes again and stumble to the French Market in search of my favorite New Orleans culinary creation.

The influence of Cajun and Creole ingredients on dishes here is well documented. But in reality, almost everything you eat in New Orleans is in some ways unique to the city, with influences from West Africa to Cuba to Italy. 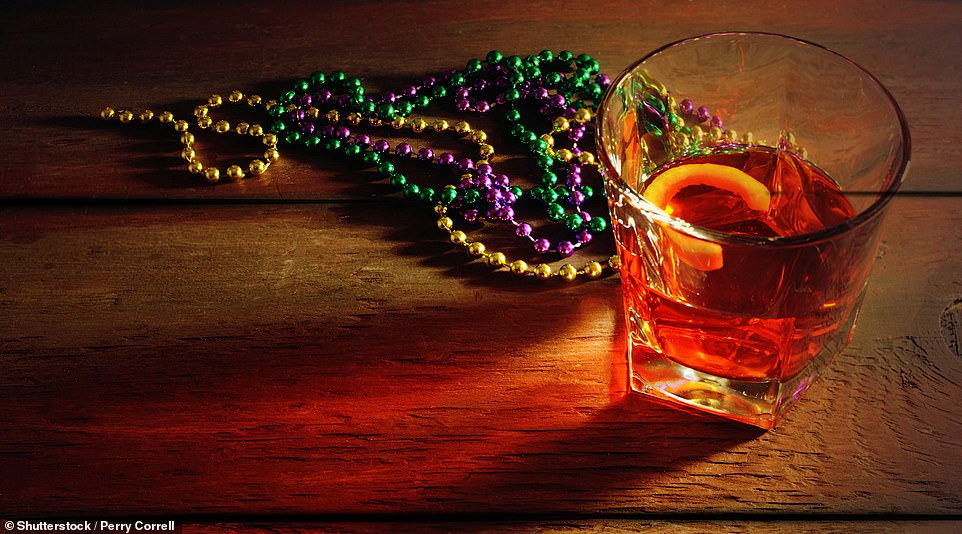 The Sazerac Cocktail is a typically robust Big Easy creation made from whiskey, cognac and absinthe 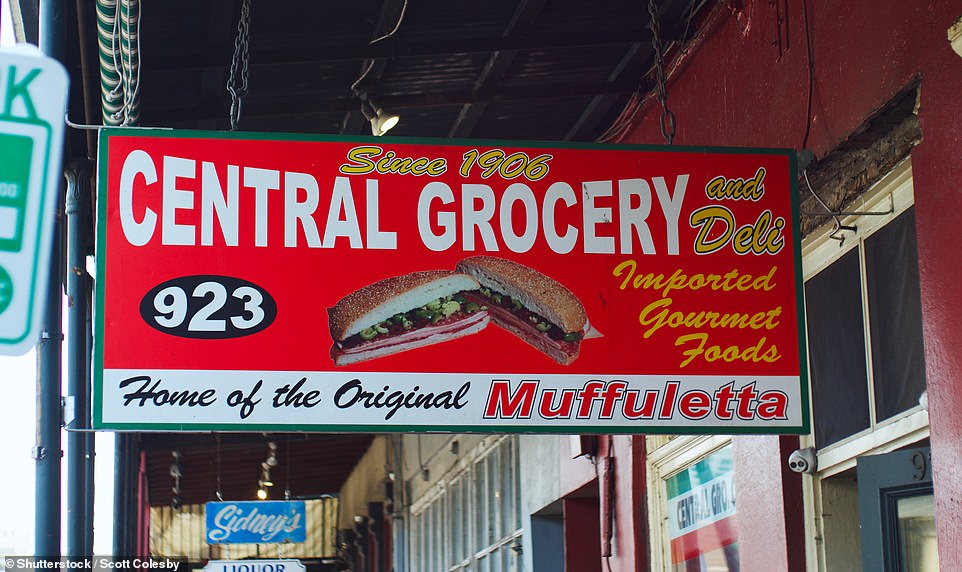 “What I salivate for is the muffaletta with the wonderful name,” writes Rob, “a bread crusted with sesame, filled with salami from Genoa, Swiss and provolone cheese and olive salad.”

The fluffy, sugar-coated fritters; the voracious excess of cucumber wedges, onions, peppers and chilli on a “lucky dog”; the salty hit of beef noodles in a bowl of ‘Old Sober’; the astringent punch of a bowl of jambalaya. But what I’m drooling for is the wonderfully named ‘muffaletta’.

Everyone here knows that the best in town is served at the Central Grocery Store. It’s an eminently large snack that is said to have been made by Sicilian immigrants who worked on the banks of the Mississippi. The shop has been here since 1906 (and is therefore positively Neolithic by US standards) and serves around 500 muffalettas a day.

According to the time-honored rule that it must be eaten cold, mine is served on a bar stool. I take my first bite and hope it heals my aching head, which is the result of two or three Sazerac cocktails last night – another typically sturdy Big Easy creation made from whiskey, cognac, and absinthe.

The muffaletta itself sounds rather modest on paper: a sesame bread filled with salami from Genoa, Swiss and provolone cheese, and olive salad. But it works its magic.

The sensual crunch of the bread mixed with the soothing oils, creamy cheese and unctuous meat is almost dizzying in its sybaritic fullness. If you bite into a hamburger in New York, you are eating America.

When you bite into a muffaletta in New Orleans, you are eating the entire concept of immigration, diversity, openness and the fusion of cultures. That’s a lot to chew. And more than enough to fix my hangover too.