Would you invest in sneakers or the new space race? TiM podcast

By James Robinson for MailOnline

A woman has died after being hit by a tagged police car that answered a 999 call in south London.

The incident occurred at about 11:20 p.m. on Wednesday on Stockwell Road, Stockwell.

Scotland Yard says paramedics and an air ambulance crew rushed to the scene after the 25-year-old pedestrian was hit by the police vehicle.

Despite her attempts to save her life, the woman died on the scene. Your next of kin have been informed, the police said.

A witness said he heard the woman went to a local newsagent to buy something to eat when the incident occurred.

The incident has since been forwarded to the Independent Bureau of Police Conduct (IOPC), which has opened an investigation. 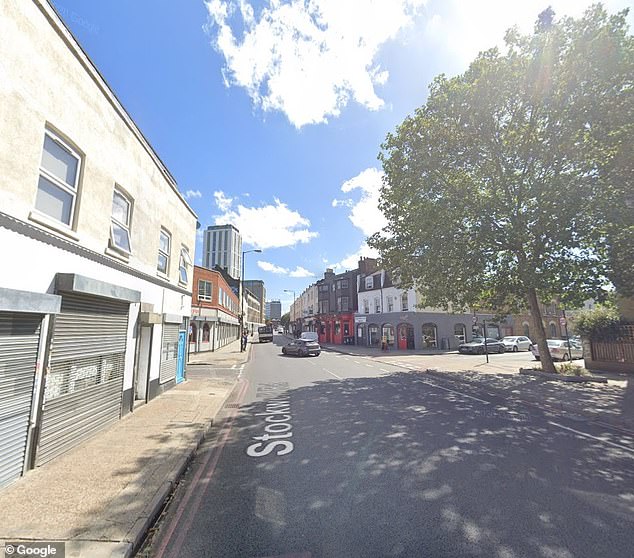 A woman has died after being hit by a tagged police car that answered a 999 call in south London. The incident took place yesterday (Wednesday) on Stockwell Road, Stockwell (pictured)

Edward Atkin, a 26-year-old physicist who was nearby when the incident occurred, said, “I was just walking back from Stockwell Station and saw blue lights and a car coming down here very quickly.

“When I got back here, the police car was literally there and I saw that its window was completely shattered – it was completely broken in the collision. I saw them do CPR.

He added, “I spoke to a guy and he said he came down because he heard a huge bang.

“When I was here, the car she hit tried to resuscitate her and a couple of other police cars showed up.

“In the end there were five to ten police cars, one was covered.”

He added, “It’s just pretty shocking. You see police cars all the time in London, but it takes a long time to deal with it. ‘

A Metropolitan Police spokesman said: “Officers were called to Stockwell Road, SW9 at around 11:20 pm Wednesday about a collision involving a tagged police vehicle on an emergency call and a pedestrian.

“A 25 year old woman was treated by paramedics from the London Ambulance Service and the London Air Ambulance.

“Unfortunately, despite the efforts of the rescue workers, the woman died on the scene. The next of kin were informed

“Barriers remain in place and traffic is diverted.

“There are road closures in a number of surrounding streets, including Brixton Road, Stockwell Road and Landor Road.

“As usual in such situations, the incident was reported to the Professional Standards Directorate.

“It has also been referred to the Independent Police Conduct Bureau (IOPC), which is now conducting an independent investigation.”

About the incident, a woman who lives near the crime scene said: “This poor girl’s family. That poor poor girl. ‘

The woman’s death comes after a 19-year-old woman died in hospital in an independent incident in April after an Opel Astra tracked by police was knocked over in Streatham.

Two of the other four women in the car were seriously injured. This incident is also the subject of an IOPC investigation.